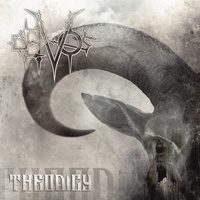 Considering the number of Polish bands that end up aping either Behemoth or Decapitated, it’s not every day that you get one that instead pushes a more American sound. But that is what is in store for those checking out Deivos and their fourth album, Theodicy. For the most part, it’s what you’d like to hear from an upstanding death metal group that has settled into their niche.

Deivos does go right for the throat with the six tracks presented. A deadly combination of bands like Morbid Angel and Suffocation, it’s a lesson in brutality first and everything else second. Likewise, there is some solid groove (as to be expected) that knocks it back from simply being a one-note jackhammer of an album. There are also some tasteful leads that are entered into the mix as well. Any death metal fan that hears Theodicy for a few seconds will surely be pleased with what they hear. In other words, all of the boxes have been checked and the quality assurance has been cleared.

However, there is one flaw (that blurs into a second one) that holds Deivos back from complete domination. For a downright brutal death metal album, these are some seriously stretched songs, with the exception of “Parasite” (which works quite nicely by the way). There’s not enough variation among the tracks, nor within each track, to justify the 7 minute-ish lengths of the rest of the album. Longer songs could work, if the band put a little more spice into the music.

Those who prefer their death metal at blistering speed and maximum brutality will probably be able to enjoy this one despite some marginal shortcomings. The rub is that the potential is there for something that’s even greater with just a little bit of a push in the right direction. With four albums under their belt at this point, it seems unlikely that change will really be coming next time around, but one can dream right?