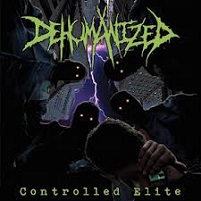 Blistering has always wondered if New York death metal bands have some type of complex in regard to their second-billing behind the Floridian bands. You can’t really fault these folks for it – the Tampa scene has produced at least a half-dozen acts that easily fall under the “classic” banner, while New York and its surrounding region has Suffocation, Immolation, Mortician and Incantation to lay claim to. Suffocation is perhaps the only one that could hang with the Florida big boys; the rest should be subcategorized into derivational suffix death metal.

Dehumanized doesn’t play the suffix game (it’s impossible given the past-tense nature of the name), but they do play brutal and groove-happy East Coast-flavored death metal. After their 1995 formation, the band called it a day in 2000, only to reform in 2004, then split up again in 2007. The five-piece eventually got their act together last year, culminating in the release of their sophomore album, Controlled Elite.

The East Coast sound is easy to pick up on, even though the Dehumanized lads don’t make an immediate beeline for Suffocation’s sound. As it stands, the band volleys between meaty, palm-muted excursions (see: “His Burden” for the best example of this) and bouts of grooviness, the best of which pop up on “None Shall Remain,” which opens with a barely-audible bass line, then veering off into a Dying Fetus-like mosh part. And indeed Dehumanized is able to find the mosh within their blunt-force trauma stylings; just check out “Bloodties” for proof.

The type of album that was far too prevalent in the mid-90’s, Controlled Eliteshould be able to find an audience in these retro thawed-out times. Like most of their East Coast contemporaries, Dehumanized finds the sweet spot between extremity and simplicity, resulting in an album that has no problem slotting itself somewhere between Effigy of the Forgotten and Destroy the Opposition. 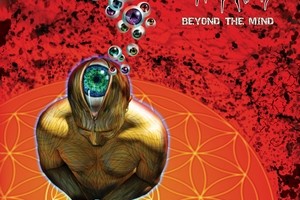 Dehumanized – Beyond the Mind (Comatose Music)