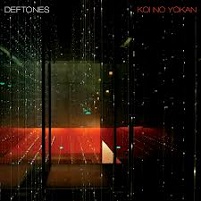 2010 and Diamond Eyes saw Deftones re-enter the popular consciousness in a big way and in somewhat cliché fashion, produce what was unequivocally their best work since White Pony. Two years on and a world of growth later, from the tragedy that spurned them to come together and create, the band is back and Koi No Yokan is the result, with it not only has the band outdone Diamond Eyes, but they’ve arguably outdone the album that cemented them as legitimate artists: White Pony. While that statement may reek as blasphemy to the legions of Deftones faithful, fret not, for the 52 minute experience is a masterclass in dynamics and atmosphere, of tension and tempered release. Koi No Yokan is a world apart.

While textured and beholden to endless layers throughout, the album is effectively split thematically into two complementary halves, the front ‘half’ consisting predominantly of the more straight forward ‘songs’, such as opener “Swerve City” and initial single “Leathers.” That song and its 40 second ambient build up came across as a major red flag early on that something very different was coming with this release and its measured use of rare screams in light of almost constant and enveloping clean

vocals from frontman Chino Moreno better than they’ve ever been. Throughout the initial songs, the stage is set, the soft-loud dynamics in constant tow and nothing unusual for those well-versed in the band’s past output. Ballad-esque “Entombed” is lush enough that the listener could feasibly drift upon it for days, lotus-fruit in hand and completely ignorant to the outside world. The front portion of the album, however, is only setting the stage for what is to come.

And in grand fashion the back half of the album gets underway with second single (and stand out) “Tempest,” a song that couldn’t better encapsulate the band’s art-rock/metal driven apocalypse aesthetics. Slow burning and textured to no end, it weaves and rises through its movements before reaching peak after peak, the resonant crunch of 8-string guitars wrapped by Moreno’s hazy voice. “Gauze” stands as a lesson in diametric opposition for the hard/soft dynamics that so define the band, crushing verses giving way to soaring choruses, atmospherics and latent eroticism at every turn, though it is somewhat unique within the context of the album in that it splits the two ends of the band’s sound so bluntly.

Elsewhere, the two are married almost uniformly, the massive wall-of-sound afforded through the modern transition to 8-string guitars merging seamlessly with the warm swell of melodious exposition that makes up every song. Croons meet that cavernous tone and it’s magic, illustrative most readily in the aforementioned “Tempest” but visible everywhere. It’s interesting here in that the transition to bigger guitars may have eased some of the tensions that defined the band in the post-White Pony era, the constant struggle between heavier/softer within the band’s songwriting that nearly ripped the band apart in the mid 00s absent here.

Even while featuring the now Deftones standard 11 song track load-out, this album is anything but standard. The last decade has been a troubling time for the band and if Diamond Eyes was the sound of a band coming together in response to tragedy, Koi No Yokan is the sound of the band reborn with newfound purpose and maturation. Featuring tethers to every aspect of the band’s past but being committed to none of them, this album pushes forward on its own term and is, at the end of the day, a staggering piece of work that no one likely expected to be this good. Whether you’re a fan of the band or not, don’t miss this. 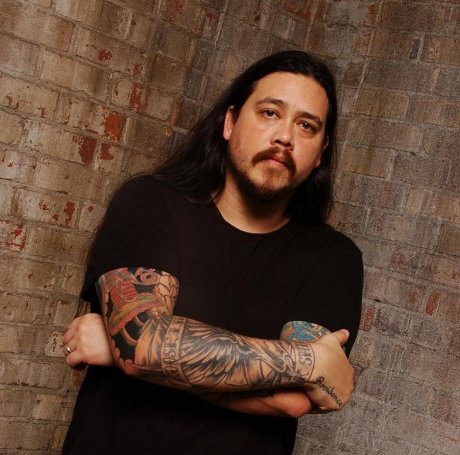