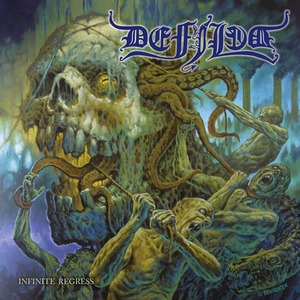 Japanese extreme act have made it a habit of setting themselves apart from the rest of the pack. Many bands like to use a blitzkrieg of speed to impress the listener, with their ability to simply finesse their way around high velocities as their one trick. Defiled use that dizzying sense of speed, but never in the case of trying to disorient the listener, or simply show it as a demonstration of their skill.

Instead, they have an uncanny knack for crafting short songs that manage to stay coherent. Even if they do dabble into more tech-infested waters (which they show a keen ear for), it’s more about the song itself. What is most impressive are their little grind-esque bursts. They will ramp up the tempos for a limited time, ease off the gas, and then go right back at it again. It makes it more unpredictable and interesting, that’s for sure. It introduces a greater sense of dynamics into the track – let’s take “Tragedy,” the album’s longest track, as an example. It’s more of a mid-paced thumper of a track, with gritty, sometimes near-black riffing, and it likes to teeter back and forth between explosive bits of speed and more groovy mid-tempo stuff. There’s also quite a bit of melodic soloing to behold as well. Something that’s technical but not overtly showy in tone. Another track, like “Masses in Chaos,” may stick to quicker tempos (sometimes near grindcore-levels) but the guitars stay coherent and memorable despite some jagged turns. To that end, the drumming from Keisuke Hamada is also quite noticeable too. Instead of a nonstop blastfest, there’s a surprising amount of variety to dive into and it twists and turns as much as the riffing.

Infinite Regress could simply topple the listener with its frenetic energy, but instead Defiled bring things to a more impressive height. The album tickles your ears with its grinding patterns and gives you plenty to digest in an easy manner – all while providing that same sense of technical prowess one has come to expect from the genre. 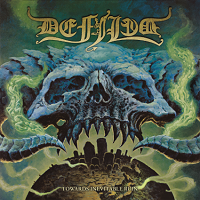