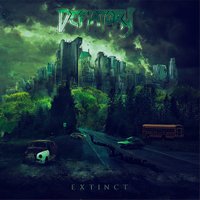 Do you like thrash metal? Defiatory certainly do, and with their new release Extinct they’re set on making you toxic waltz until you drop. Well, sort of. Defiatory are thrash in the “newer” (if you’re in your 30’s or 40’s) style of thrash that Testament masterfully engineered on the magnificent The Gathering release. If you don’t know what I’m talking about (shame, shame), Extinct attacks you with a very bay area thrash foundation but tosses in dashes of death style shouts and occasional blast beat section to up the heavy spice a bit.

Defiatory don’t reinvent the wheel but they do create tight, well produced crushing songs that are even catchy at times (see title track “Extinct”). It’s not all a speedy affair though, and Defiatory get down with mid paced grooves and fist in the air anthems like on the uplifting (sic) lyrical cut “Aeons End”. By all accounts Defiatory offer due diligence to their craft, but I did find myself wanting for the band to really push it into the red just a bit. Extinct rattles and clangs along like a well-oiled war machine but never hits that manic berserk mode ala early Carnal Forge or Dew Scented, which added to a few tracks here would really elevate what Defiatory present with Extinct just a notch above rest. This is just a minor quip, as I know these guys have it in them talent wise to break the odometer to pieces (the band features Ronnie Bjornstrom, formerly of death metal extremists Aeon), but this isn’t my creation, now is it?

In all Extinct is confident in its execution and that shows with well-developed hooks and riffs pulled right from the bay area in its prime and thereafter. This is thrash created for beer drinking and head banging till it hurts, what more could you want really? 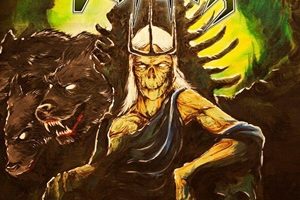