Dee Snider – For the Love of Metal (Napalm Records) 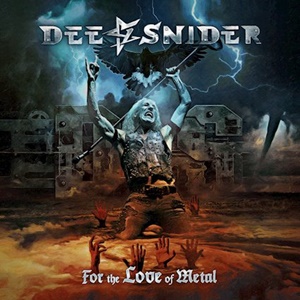 Depending on your entry point in hard rock/heavy metal, you are at least aware of the impact of Dee Snider through his work in Twisted Sister, early veejay host of Metal Mania on MTV (which moved into Headbangers Ball), fighting for freedom of speech in music at the PMRC/Congress hearings, or reality television star. For this scribe in his early teens, he would witness Twisted Sister opening for Iron Maiden in 1985 while Stay Hungry ruled the airwaves and “We’re Not Gonna Take It” and “I Wanna Rock” became radio/video staples. Since retiring from Twisted Sister, Dee took on the challenge from fellow musician Jamey Jasta to develop an original, contemporary album to show people that he can still stir the masses through his music – thus we witness For the Love of Metal.

Recording the album in Connecticut with Jamey and Toxic Holocaust drummer Nick Bellmore as producers, Dee assembled a strong team of musicians who would write and perform material that sticks to the man’s obvious strengths as a vocalist, but give the album that added modern girth and groove to hopefully appeal to multiple generations of metalheads. What this means for the listener is you can expect diversity from track to track – a heavier, blistering “Tomorrow’s No Concern” sitting side by side with a moodier but still forceful groove-oriented effort for “I Am the Hurricane”. Guitarist Charlie Bellmore plants a firm rhythm template, churning out addictive main hooks that grab your ears and never let go – especially on “Roll Over You” plus the commercially melodic leaning “Become the Storm”. Remember when Halford came back blazing through Resurrection in the early 2000’s? That’s how material like “I’m Ready” and closing title track ode feel – the latter name-dropping song titles from Judas Priest, Dio, Iron Maiden, Slayer, and even his Twisted Sister history during the verses.

Sprinkle in added guests like Howard Jones, Mark Morton, and Alissa White-Gluz, and you’ll understand that Dee Snider put forth a killer contemporary record that hopefully will lay to rest any questions about his ability to keep up with the young guns. He’s not going anywhere off the radar screen anytime soon – and hopefully will be the start of a fruitful next act in his metal legacy. 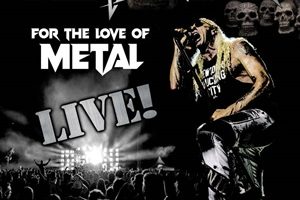 Dee Snider – For the Love of Metal Live (Napalm)