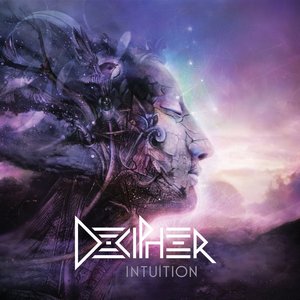 As the year draws closer to the end, it’s always a pleasant surprise to come across one more worthy band that needs some more webspace. Luxembourg’s Decipher have very recently released their first effort, Intuition, which should fall squarely into the modern death metal audience with aplomb. Particularly those who are looking for atmosphere to accompany their death metal.

With some cross-pollinating appeal to fans of bands like Cynic and Fallujah, Intuition takes death metal, applies atmosphere, progressive structures, and even some ‘core into the mix. More and more common to see this sort of blurring together, but Decipher handle it as well as anyone. Opening cuts “The Alchemist” and “Liquid Pain” take chunky, djent riffing and combine it with some lavish technical melodies to design just the right assortment of heavy and beauty. Some floaty atmosphere comes into play at times, which adds to the overall feeling. A slight curveball is thrown at “Soulbound,” which askews the growled vocals for clean female singing and a much stronger focus on softer melodies and a gentle tone. It’s layered into the album well, and the follow-up “Mind Unfold” utilizes a good segway back into the more traditionally heavy material that ends out the album. It should also be noted that the 9-minute finisher “L’or Bleu” is one of the album’s strongest, making good use of changing landscapes that appeared earlier in the album, with solid change-ups between more melodic and brutal moments.

Death metal with feeling is something that is becoming more resonant within the genre, but it’s easy to see why with bands like Decipher at the helm. Effective genre-blurring and compositional strengths give the band a great starting point to advance their sound with future offerings, but Intuition itself is worth investigation for those seeking some serenity in their brutality.