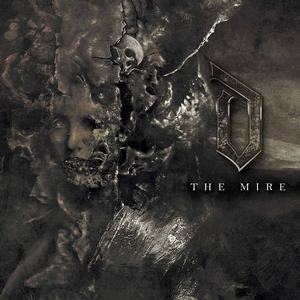 No matter the amount of time and effort one puts in, there’s always bound to be a band or two that somehow stay off the radar for some reason. Norway’s Deception is the latest example of this, known previously as Act of Deception and releasing two full-lengths and an EP under said name. The Mire then is their third full-length of melodic death metal carnage, and it’s bound to impress those looking for an album in the genre with plenty of bite.

Piquing this scribe’s curiosity was the promo comparisons to Hypocrisy and Darkane (along with Septic Flesh), and it did not disappoint those lofty expectations. The comparisons to the first two acts are more noticeable, given the frenetic thrashing the band does at times, coupled with a solid death metal foundation that is vicious in tone. The riffs hit hard and often, at some furious speeds but still having an excellent melodic underbelly. The Darkane comparisons come in here, with intricate melodies weaving their way into the material and leaving a really standout impression, such as the triumphant feeling that a track like “Internal Bleeding” exudes. Some songs have more of an emphasis on symphonic elements, such as “Grasp of Lilith,” where the orchestrations give the track some added flair as the tempo surges later on. The album’s high note is that of its thrilling finale, the 10-minute “Asphyxia,” where all of the elements that have been present throughout the album merge together for just the right combination of high-speed thrash riffs, pummeling death metal grooves, tempo/atmosphere shifts, and swirling bombast that it will leave some breathless.

Equal parts steamrolling and memorable, The Mire is a scorching melodeath gem. Though more akin to ‘death metal with melody’ in that regard, Deception provide an onslaught of deadly riffs that are bound to energize the listener and leave them wanting more. Hopefully this release gives them a larger platform to stand on.