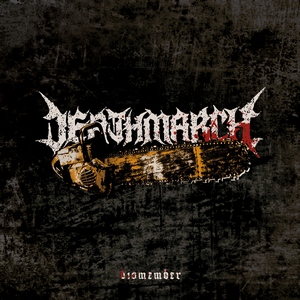 You’ve certainly heard the story behind Deathmarch before. A couple of friends wanted to get together and bring back the ‘good ole days of death metal’ with a new band. The origins of Deathmarch are the same that probably account for a majority of the acts around today, but there’s no denying that Deathmarch has brought their own sense of charm along with it. Something that may bands tend to forget when worshipping the old gods.

It’s all about the riffs on Dismember. You are instantly hit with a disgustingly thick and chunky tone (delivered direct from early ‘90s Sweden), that while you may have heard it plenty of times, there’s still something about a band that can get it right. Just the right amount of filth is necessary, and Deathmarch nails it. The other thing that they nail is opting to incorporate their own Dutch homeland into the mix as well. So instead of just outright aping Entombed, Dismember, and Grave, you get a bit of Asphyx and Gorefest into the mix. The union of the two sounds gives them more of a punchy and energetic tone, and one that isn’t afraid to rock out a little bit. “Bayonet Frenzy” is just about as much fun as one is allowed to have in death metal, with driving mid-tempo riffs that are practically guaranteed to get you out of your seat and moving around the room. With the short length of the EP, they embrace this same mentality throughout the release – rollicking riffs that stay damn heavy and brutal (as do the vocals) yet are sure to make you smile in a most sadistic fashion. It’s only with the final cut, “Autopsy with a Chainsaw,” do they really get up to the blisteringly fast stuff, and it lasts only a minute. But it’s a good glimpse into what they may be able to do next time around.

While thoroughly locked into the old school death metal vibe, Dismember still obliterates all in its path with frenetic energy and a focus on quality riffs. While it’s familiar, they don’t limit themselves to one direction and offer some promise in the future.