Deathkings – All That is Beautiful (Self-Released) 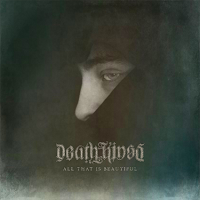 A self-described “rock/experimental” outfit from Los Angeles, Deathkings, like any smart unsigned band, has the visual aesthetic to match the music. By taking elements such as cover art, band photos, as well as their bio seriously, the band translates a notch more pro than groups who are already signed. (Gotta love modern-day A&R). Perhaps more metal than they lead on to be (due in large part to growled vocals), the quartet manages to create a sprawling, album in the form of the four-song All That is Beautiful, their second full-length to date.

Complete with snappy-snap snare and those brooding, un-budging riffs, Deathkings occasionally follows the post-metal path to the letter. It’s best exemplified on the album’s standout cut, “The Storm,” where the band meshes soft-touch melodies in a crashing/colliding song construct. It’s a marvelous number, actually, chalking in at over 13 minutes, but hardly feels like a marathon. Such an excursion is pushed even further on “Dakhma,” where a round of ultra-doomy, doom riffs weave their way around various melodic guitar lines, and, the throaty vocals of Nicolas Rocha.

A regular gripe (if you’d like to call it that) from this scribe is how bands are preferring to write exceedingly long songs instead of chopping ‘em up in order to be more digestible. One would have to ponder how All That is Beautiful would really translate had the Deathkings lads gone such a route. Without question, though, there’s an identifiable ability to put together post-metal/rock tunes of the climatic variety.