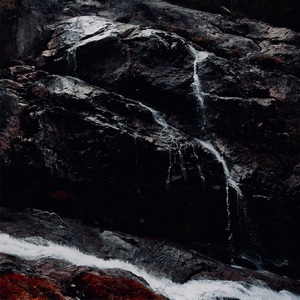 It seems there’s a lot of moody music for folks eager to dive into some of the post- genres to kind of sit down and relax with. But there’s also bands that play in the opposite direction – those looking to create an unsettling experience that drags you into the netherworld with them. It’s chaotic, ritualistic, and disturbing. Precisely the words that describe Death.Void.Terror’s second release.

With no song titles to behold, and even no real notable differences to mark the beginning or end of the four ‘tracks’ offered, To the Great Monolith II is all about mood and feeling rather than setting up a chorus or killer solo. It’s dark and terrifying, more or less what you could close your eyes and imagine the soundtrack to Hell would be like (in some ways it kind of feels like the video game Dante’s Inferno, but more creepy). Ritualistic chants and groans have their place in the less chaotic segments alongside some doomy chugs and murky atmosphere, and undecipherable growls and screams lurk in the background against buzzing, unmelodic ‘riffs’ and chaotic blastbeats. Soundtrack is more of an appropriate word for describing the flavors and sound here – there’s no better way to describe it than to say that the album is offering you a glimpse into another dimension and you are watching the terrors and horrors of what befalls in front of your eyes (and ears).

To the Great Monolith II is not a comfortable listen, nor is it something that you will gravitate towards on a daily basis. But when the mood strikes you just right, for something that can provide the feeling for darkness enveloping the lands, Death.Void.Terror have just the dark remedy for you. The combination of loss, fear, and chaos all wrapped up into an extreme metal package.