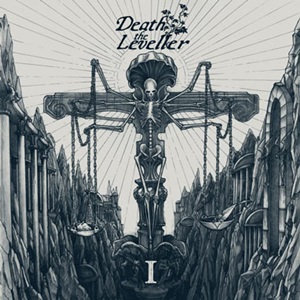 Taken from a 17th century James Shirley poem, Irish group Death the Leveller started in 2016 from the remains of Mael Mórdha, who released four albums of Gaelic doom metal before going on hiatus in November 2015. Factor in the seasoning of current members playing live with Primordial, Hour of 13, and Mourning Beneath, and it’s obvious from the get go the quartet has unquestionable expertise at their craft. This self-titled EP contains four songs of stirring epic doom metal, the type that sends shivers to the bones and sweeps across the emotional spectrum through each successive airing.

Beyond the picturesque titles such as “The Day Before the Night of Broken Glass” and “A Call to Men of Noble Blood”, the arrangements that sit in a comforting nine to ten-minute time frame build off an addictive riff template and organically expand to outer reaches of lilting comfort and atmospheric despair. Singer Denis Dowling conveys the measured words and carefully-crafted melodies as a commander-in-chief high from the mountain top (think Mike Scalzi of Slough Feg) – soulful and twisting as one expects against the echoing Gerry Clince axe rhythms and cultural accents for “Gone Forever”. Considering their heritage, it shouldn’t be surprising that textures of Primordial and Black Sabbath come into play – but there are also elements of Solitude Aeturnus and Grand Magus that appear in tones, feel, and versatility even in an epic doom framework. The lower register melodies throughout “The Day Before the Night of Broken Glass” convey the dirge march tempo and equally enticing evil, lumbering guitar/bass offerings to a tee, so that when raising the bar to higher registers or slightly up-tempo speed changes your ears remained pinned to the action.

Resplendent Anais Chareyre cover art tops off an already intriguing package – Death the Leveller establish quite a precedent through this debut effort. The future looks very promising for epic doom in the hands of these gentlemen, as a full-length of more originals could put the group in the running for Pallbearer-like adulation. 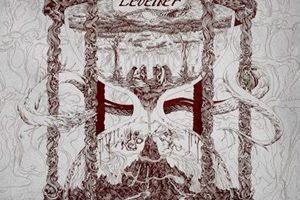