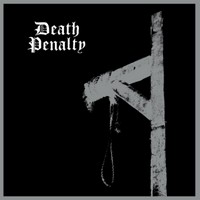 A name change has already applied to Death Penalty here in the States, rendering them “Death Penalty ’82.” (How and why bands don’t do proper research before selecting a name is supremely confounding.) The band, guided by former Cathedral guitarist Gary “Gaz” Jennings, is like any other new, but actually old project to hit the streets in that they’re a sum of their influences, and subsequently, not trying to do anything new. But given Jennings and his band a tip of the cap, for their self-titled debut is a savvy, undeniably heavy, but accessible go at female-fronted doom.

Jennings, whose melodic depth never quite got its just due during Cathedral’s increasingly weirder and linear later years, seems to have found a place for it here. The mid-song melodic break that comes in during “Howling at the Throne of Decadence,” is both surprising and golden, well-placed in a song that heaves with heaviness. Easy to get behind the rolling gallop found in “Eyes of the Heretic” and “Immortal by Your Hand,” a song that is sort of a side-take on Motorhead, just with female vocals. Meanwhile, ample and solid crushers “The One That Dwells” and closing round “Written by the Insane” both take on an eerie tone, helped by Michelle Nocon’s no-sass vocals.

Nocon will more than likely be the make or break factor with Death Penalty. Having previously done time in the underrated Serpentcult, Nocon’s up-front and un-theatrical delivery fits well and proper with Jennings’ compositions. And while she’s not as personal or provocative as other female vocalists in the doom realm, she’s properly aligned with a band that by all accounts, is no-frills, total throwback, and, is a worthy follow-up outfit to Cathedral. 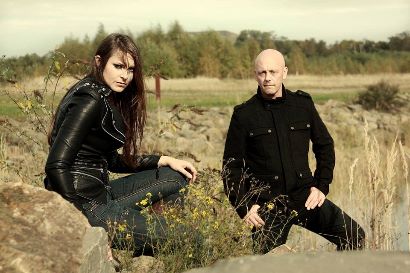