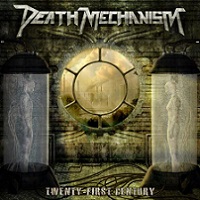 If you’re a European thrash band, why wouldn’t you have Mr. Tommy T. Baron (Coroner) produce your album? The Swiss guitar hero was not only the most technically proficient of all the European thrash guitar players in the 80’s, but his ability to create the most jarring, yet crisp guitar tone spoke volumes to what was going on in-between his ears. Italy’s Death Mechanism, featuring members of vaunted thrash crew Bulldozer, must be attuned to this as well (Baron mans the production boards), for their Twenty-First Century album is razor-sharp, and suitably snarling.

The band’s sound is largely German, honing in on the basic hallmarks of Teutonic thrash, like acidic vocals (Kreator), punchy riffing (Destruction), and a mild death metal edge (Sodom). The combination of the three is by and large, rather ferocious, but credit Death Mechanism for knowing when to throw a curveball, like on “Tipping in Front,” which has a searing industrial edge to go along with tight, syncopated riffing. It’s one of the few departures from otherwise heavy and fast-paced numbers like “Earthly Immortality,” “Evolutive Deviation,” and “Centuries of Lies.”

Baron (real last name: Vetterli; we just call him “T. Baron” because it’s cool) lends a solo on “Collapse 2000 A.D.,” giving Twenty-First Century the right amount of credibility to go along with its commendable Euro thrash edge. There’s something more sinister going on with retro European thrash bands in comparison to the North American ones, hence, the relatively strong rating for Twenty-First Century, and the lack of nitpicking on our part. 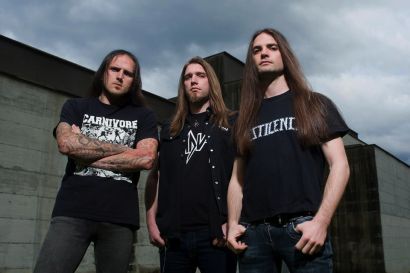