Deadspace – The Promise of Oblivion (Self-Released) 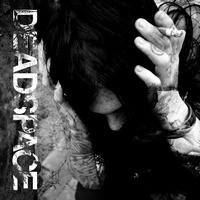 Perhaps it’s the video game nerd coming out, but it’s been a struggle to separate this band from the video game series of the same name (though with a space before “space”). But maybe it’s because the two aren’t as unrelated as one might initially think. One weaves the feeling of isolation through space, traveling through tiny corners of a ship. The other weaves the feeling of isolation and depression, and was recorded in the surroundings of dingos, cane toads, and wombats.

Initially a one-man project (as these type of black metal bands tend to do), Deadspace then continued to grow into an entire black metal unit. Now, before you start connecting up a bunch of imaginary dots, let’s establish that Deadspace isn’t another one of those “post-black” bands, who’ve been multiplying rapidly. That’s not to say that Deadspace’s aesthetic is traditional black metal either, as you can hear the trimmings of other elements – such as gothic, ambient, and even some rock. It’s an odd combination of influences, but Deadspace uses it to their advantage. From the slow burner of “The Clouds Won’t Shade the Pain” to the driving moments of “With Tears of Callous Lust” that share the limelight with gothic-tinged darkness, there’s bound to be a moment that will catch your fancy. Some of the leads are also worthy of note, such as those found on the closer, “In the Coldness of the Darkest Night.”

While it might be entertaining to see the band pick up some fans through the “name connection,” The Promise of Oblivion is a worthy investment on its own merit for those looking outside of the normal black metal realms. Isolationist at its core, the themes of suicide and depression run deep yet share a stark contrast with some of the more high flying leads that seem to offer a glimmer of hope. A promising debut for sure.