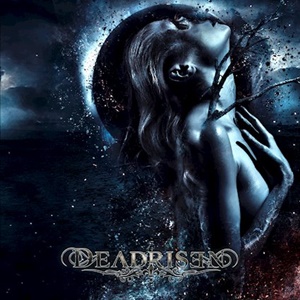 The brainchild of guitarist Rod Rivera and Symphony X bassist Mike LePond, DeadRisen is a new five-piece outfit determined to put their stamp on the scene through their progressive power metal style. Rounding out their lineup with younger, hungrier musicians, it’s obvious that through this self-titled debut that no sub-genre or outside aspect in terms of sound is off limits- ensuring an explosive musical cocktail that delivers something fresh through each successive playback.

Driving riffs, skilled interplay, and solid transitions are the main hallmarks of DeadRisen right out of the gate. The intertwining of older artists like Rainbow and Deep Purple against Dream Theater and Testament come into the forefront when hearing the triplet/exotic crunch and intricacies for “The Maker”, or the pumping bass/guitar runs throughout “Chains of Time” where vocalist Will Shaw hits some piercing falsetto melodies during the verses that are magical. Amidst all the progressive flow, there are moments where the lower, calmer aspects of a song like “Reach for the Sun” between the soothing organ strains and slower rhythm section passages give the record that dynamic balance – and in turn produce a killer melodic ballad in the process. Rod’s ability to move from power to progressive and bluesy riffs showcase his seasoning, allowing Mike to float in and out in groove to fluid ways – check out “Fear and Fury” as well as “Prophecy” for their versatility and obvious respect for each other’s musicianship. It’s no surprise that the record ends on a cover note with Metallica’s “For Whom the Bell Tolls”, the additional keyboard aspect giving the track an even more ominous atmosphere.

DeadRisen give the listeners another US power/progressive metal outfit to champion, a classic blend of the old with the new. Let’s hope that this solid debut is only a hint of things to come – as the talent, musicianship, and songwriting appear to be on point right away, and can only get stronger the longer this quintet stays together.