Even in the aftermath of extinction it is possible to find and experience the tangible joys of refinement. It’s not enough to have an idea (or in this case, a sound), but to continually refine and reshape that sound over time into something more driving, more cutting, more lethal. Or, in the case of Elegy, more devastating.

Album number three from the Texas ensemble Dead To A Dying World does not find any large scale changes to their sound. The melting pot remains: black metal ideas meet late-90s Neurosis (those harsh male vocals forever channel the immortal bellow of Dave Edwardson) meet the atmospherics of doom and all of it remains integrated with strings.

The changes that are brought to bear are quality-of-life in nature: at 49 minutes across its six tracks, Elegy is a significantly more digestible listen than Litany (also with six tracks, though running for over 73 minutes). The large, multi-part songs are still presented and accounted for: early ‘single’ “Empty Hands, Hollow Hymns” takes time to set a vast landscape before tearing off across it, a great beast consumed by fire and seeking extinguishment. The sun rises and the band is in motion and the sun falls and the intensity falls with it. Life and living each embodied as the song works through its substantial eleven minute length. Instead of multiple back-to back quarter hour epics this time around the larger works are interspersed with smaller digressions.

This epic/brief dynamic creates a palpable cadence that works more than anything in keeping the album in motion. Opener “Syzygy” and its meditative, country-western (not like that) inclination is a jarring way to kick off Elegy and on an individual level I really hope this is an aspect the band pursues further in the future. Similarly “Hewn from Falling Water” sees the layering of many clean voices, almost as a plea of absolution from some great terror. That great terror, of course, being closer and point-of-catharsis “Of Moss and Stone”. A mountain that builds in layers, growing in intensity across its length before eventually crashing out completely into a distant ruin of feedback and metallic noise.

Dead To A Dying World’s rich, complex sonic mélange, while built on themes found elsewhere, bears a stamp that is fiercely theirs. Run time aside, there would be no mistaking Elegy being from the band that produced either Litany or the eponymous debut, refinement is king here. Though Jarboe (and many others) are guest contributors to Elegy, they are unique flavors repurposed in service of the whole. The whole as it turns out, is a place where humankind has moved on, whether by choice or not. Elegy is a monument to that eventuality. 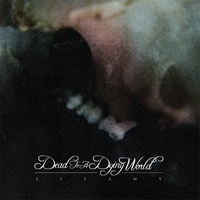 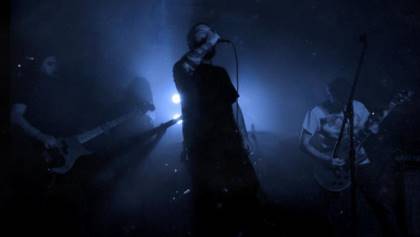