Wednesday, 6th May 2020 By Katarina McGinn 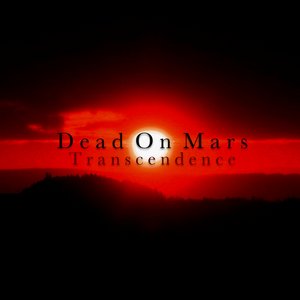 Back in 2018, Dead on Mars came out of nowhere and impressed with their debut, Arrival. An instrumental symphonic extreme metal act, what was most appealing was how they could take all of the elements that the genre is known for – big, bombastic movements with driving and occasionally bulldozing riff work with some quiet reflection and outer space eeriness (hence the name). Transcendence is round two, and it feels like a logical step up for the band (which is in fact, a one-man act).

Carving out an identity with symphonic and extreme metal can be a tricky one, but having established something that clearly worked on their debut, it’s really a matter of fine-tuning for Dead on Mars. The symphonic parts seem more striking in tone – be it used in a way that is more grandiose and epic, playful and enticing, or even pensive and reflective in tone. The way the band crafts atmosphere is really the key factor, as they move between these different feelings on the tracks. With an instrumental album like this, there’s the idea that it could become boring or start to lose some luster later in, but due to the shifting in tones it never happens. Instead, the listener is swept up and carried away into this space-y landscape that feels exploratory, but with just the right amount of trepidation when the tempo increases. You can almost imagine a scene to accompany a song like “First Man on Mars,” as someone slowly leaves their ship, hesitant about what is next but keen to get out and have a look into the unknown. “The Lonely Hours” works great this way too – that feeling of looking out onto the darkening horizon and wondering what’s to come. On the other hand, “Terra Incognita” rattles with death metal charm and bludgeoning, but still feels rife with feeling and a strong sense of urgency to accompany it.

Like other atmosphere-driven bands, Dead on Mars is more about the journey than the individual moments. They can bring in some heavy stuff that you will remember, but it’s about those feelings of wonder and discovery that really will urge you to come back to it. Transcendence is a fascinating listen that will take you to the realms of outer space and beyond.