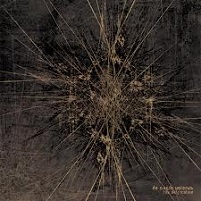 Indeed the question mark in the rating is intentional. Rare when Blistering stumbles upon an album that eludes a proper score out of 10, but such is the case for De Magia Veterum, who happen to be the product of noise mongrel Mories of Gnaw Their Tongues fame. The Deification (the band’s third effort) is an album without cohesion and a common thread, sounding like a cataclysm within a cataclysm, a veritable audio what-the-hell-am-I-listening-to? An uncommon occurrence, most definitely.

The best stab at De Magia Veterum’s sound would be black metal. Black metal of some kind…we’re not quite sure. Mories’ riffs have a tendency to bop around like a hummingbird on speed, only for it to fly into the wall, pick itself up off the ground, then try again. If Mories intention is to confuse and/or frustrate the listener, then he has succeeded. Right off the bat with “Eradication,” the album comes apart at the seams, almost willingly. And as guitars dart in and dart out, Mories employs a mysterious vocal spackle, sounding as if he’s in process of indoctrinating the listener as they board some alien spaceship.

For the sake of comparison, De Magia Veterum makes Blistering favorite Deathspell Omega sound coherent. The Deification is that much of an off-the-cuff album, the creation of man who clearly has no compass when it comes to writing what us regular folk deem as “regular songs.” Truly out there.