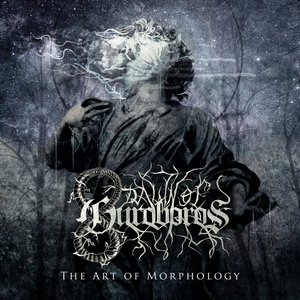 San Francisco’s Dawn of Ouroboros delivers their Protean debut album The Art of Morphology and it delivers the goods, albeit in a slightly disconcerting manner. Elements of black, death, and prog metal are peppered all throughout the LP with a spattering of gentle, almost poppy, rock elements that I found myself checking every now and then if I’m still listening to the same record or if somehow some malevolent spirit toyed with my laptop and shuffled my playlist.

“Revivified Spirits” opens up with the sound of a light drizzle and delicate strumming before the incendiary black metal blasts come rushing. All good, but when “Pinnacle Induced Vertigo” came on, I was confused, what with the radio-friendly intro not unlike Belle and Sebastian graced my ears and threw me off a bit. There are several moments like this in the entire record that at best, it sounds ingenious and creative (albeit something that’s done before by Alcest or Møl) and at worst, pretty jarring that the flow of the record is compromised. Not to mention the sense that the song transitions and arrangements sound quite forced for the sake of “creativity” and left field aesthetics. I still appreciate what the band was going for in this album but something tells me that fans of straight-up devilish black/death metal won’t immediately latch onto it.

In itself, it’s not a bad thing, and repeat listens may unravel a revelation to some. Here’s hoping that Dawn of Ouroboros polishes their craft more diligently for the next album.