Dawn of Demise – Into the Depths of Veracity (Unique Leader) 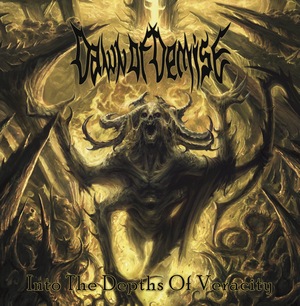 For every high-class and fancy dish out there, there’s nothing wrong with a little meat & potatoes once in a while. You know what you are getting, but as they say, you can’t beat the classics. Dawn of Demise have been serving up this staple for five releases to date, and anyone who has encountered the band before have a good idea of the bludgeoning they are getting with Into the Depths of Veracity.

The one thing that continues to stand out with the band is their rather American-ized approach to death metal. Despite their Danish locale, you’d swear this is something that was brewed in the brutality-first US landscape. The entire feel of the band is reminiscent of that brutal death metal approach, with a slight dollop of technicality (see bands like Suffocation or Deeds of Flesh). Plenty of fast and furious riffs as you race through the clockwork-like three minute approach, which are easily digestible with their equally high dosage of grooves and technically-proficient solos/leads. Each track is a steamroller, but they don’t overdo any particular component and in that regard, it stays more memorable than you may want to initially give it credit for. There’s no denying a well-executed riff barrage like in “Perversion in the Flesh” or a blast-friendly barrage that “The Permanent Cessation” delivers. Lastly, the sound production does not stick to the olden days, and there’s an excellent crispness to the recording that you just don’t get with a lot of these types of releases.

Into the Depths of Veracity doesn’t do anything but follow through on its initial promise – a musical beatdown. Heaviness and grooves by the dozen, even if it never aspires to any higher purpose. Enjoyable death metal that sticks to the basics and does them all well. 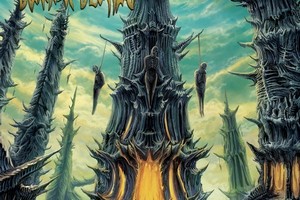