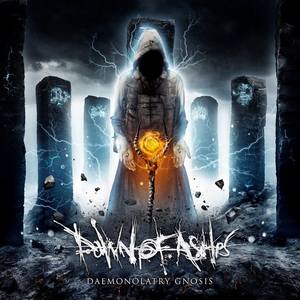 Industrial/symphonic black metal act Dawn of Ashes have an intriguing backdrop to their history. Originally starting off as a harsh EBM band, they moved into the melodic death/black metal scene before the turn of the decade, only to then re-introduce more electronic elements while keeping the metallic base intact (and bringing us to what they have since been playing). Daemonolatry Gnosis follows these patterns, and comes off as a solid example of well-executed symphonic elements.

One of the band’s standout features is the way that they incorporate the symphonic elements into the band. It’s big and bombastic of course, but it has more of a movie-like quality to it and makes for some thrilling moments. The dark and grand scale of “Smash Thy Enemies” and “Sermon From the Horned God” come to mind quickly in this light. Some light industrial effects find their way in as well, with “The Ritual” and “Rulership of the Inner World” putting some of these touches alongside the sweeping synths. Strange to say, it’s the more metallic elements that are merely “okay” for the band. Nothing wrong with them in particular, but they don’t deviate much from what you’d expect to hear from bands of this ilk – Cradle of Filth, Dimmu Borgir, or even some more death metal-ish ones such as Behemoth or SepticFlesh. It’s serviceable, but nothing really stands out in the same way that the atmosphere on these tracks do.

With a proper focus of designing some riffs that hold up to the grandeur of their synths and electronic elements, Dawn of Ashes could have an excellent formula behind them. Those who dig any of the bands mentioned will still find plenty to enjoy here, but over the long haul the riffing just needs a more adventurous feel to make them stand apart from the crowd. 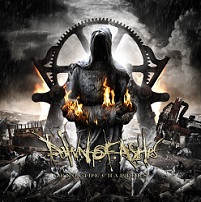