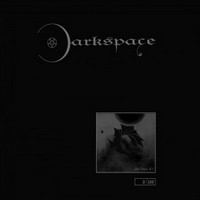 Quite the conundrum in terms of title here. Darkspace’s last album (six years ago at this point) was called Darkspace III. The remainder of the band’s discography is similarly labeled and the tracks here all start with a “4” in the front; perhaps they just wanted to see if we could pull off some addition to figure it out. Regardless of semantics, Darkspace III I is a bleak and crushing piece of black metal through space.

Composed of three songs that last almost 65 minutes, this isn’t the type of album you listen to if you are in the mood for a headbang-a-thon. Darkspace III I works best as a meditation, the type of album that you focus in on and let it take you away. That’s not to say that this is an ambient, sooth you to sleep affair; quite the opposite in fact. This takes the concept of space and focuses in on its most harrowing and bleak elements. The cold vastness and potentially evil side of space, where the unknown void brings you despair and claustrophobia. What Darkspace does best is actually blur an authentic black metal feeling (as opposed to the denizens of “post-black”) that has come from a different dimension. Over the course of the 18 minute plus tracks, there is a battle blazing between spacey moments of ambience and majestic black metal. They also remember, that even with songs that last up to 30 minutes, riffs are still important in the framework of things (read: it’s not all “mood”) and there are a number of segments that will standout over the course of your listen. This is particularly important when the vocals are rather sparse.

If you are looking for an album that will whisk you away to the furthest depths of space, this is your ticket. While the minimalist perspective may seem odd (songtitles are “4.18”, “4.19”, and “4.20”), there’s something to the idea that the actual music here takes precedence over all. Album titles, song names, nothing matters here except the feeling of darkness within the cosmic realms of space.