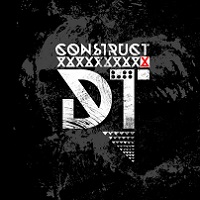 As really the lone true Gothenburg band left standing, Dark Tranquillity usually find ways to prolong their career without becoming banal. They’ll hit a two-to-three album stretch, exhausting their fancied sound, then make a left-turn, just like they did on 1999’s Projector, which was followed by the massively-underrated Haven a year later. Apparently, these two albums served as the template for Construct, which is obviously, the band’s most experimental and un-melodic death metal-like album since that period.

The 12 offerings here are about as varied as anything the Swedes have done in quite some time. Without having to rely on their trademark melo-riff style, DT are still able to find melodic avenues to score points, like on “What You Only Know,” a song where singer Mikael Stanne hauls out his much-derided clean vocal style. Stanne’s clean vocals are going to be the divider here; no doubt about it. He used them too much on Projector, and has employed them sparingly since, but they’re a capable part of the band’s battalion now.

The songs that carry the load on Construct include “The Silence in Between,” and the more straightforward “Apathetic.” Keyboards and tension are prominent on “Endtime Hearts,” while “State of Trust” further expands the experimental scope, with dominant keyboards from Marten Bandstrom (long the band’s unsung hero) and yes, more clean vocals from Stanne.

Sure to frazzle the Gothenburg rank-and-file (is there even one left?), Construct succeeds because of its adventurous nature. Frankly, we’d rather get an album like this over the predictable approach of 2007’s Fiction and 2010’s We Are the Void, which left a little to be desired. If anything, Construct demonstrates Dark Tranquillity’s versatility and broad appeal. More of this, please.