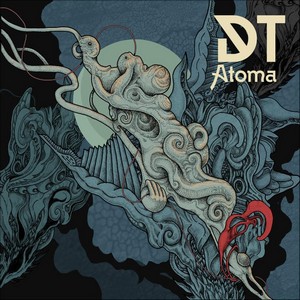 It’s got to be tough being Dark Tranquillity sometimes. Compared to some of their other Swedish melodeath elder statesmen, they’ve been the truest of the bunch – regardless of their changes in sound over the years, they’ve held the melodic death metal flag up high. That being said, with each new album comes expectations that Dark Tranquillity will still reside somewhere in the aforementioned box, and each new trick (or revisited old one) is sure to draw new gripes from long-time fans – or the view that “it’s just another Dark Tranquillity album” if they don’t try something too different.

Clean vocals aside, Atoma balances the stronger use of atmosphere that Dark Tranquillity has flirted with on recent material, with heavier/thrashier tunes. “When the World Screams” gallops through it’s verse, but the more gentle keys and guitar melodies give it an even more memorable feel due to the contrast. The ominous crunch of “Encircled” squares off nicely with the more aggressive tone and starts the album in fine form – but the later, slower growls of Stanne provide even more emotive tones to soak in. Speaking of emotion, the chorus of “Clearing Skies” has one of the strongest key/melodies that the band has done in quite some time, and sure to be a highlight for many. So will the more upbeat and synth-heavy title track, which seems to channel the best moments of Haven.