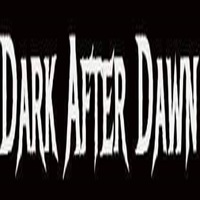 Getting my feet wet in the upstate New York metal scene since moving to the lower half of New England, discovery of local bands has been a priority. This quartet came on my radar screen because of prime opening slots with Havok, Battlecross, and Metal Church. Beginning in 2013 and going through some inevitable growing pains regarding songwriting and lineup shuffles, this 4 song, self-titled EP gives Dark After Dawn a template that showcases a tough, aggressive and musically exciting sound – paying homage to old thrash while also giving a slight nod to modern heaviness and groove metal.

“Purgatory” punishes through speedy drum transitions and a solid wall of rhythms from guitarist Maruf Kamal, the main riffs enticing in a Bay Area meets semi-Iced Earth kind of manner, crunchy while maintaining a call to arms catchy chorus. “Reaper” begins with a black metal-style trilling before transitioning into more of a mid-tempo, almost melodic thrash/ groove affair, something very much in line with what you’d expect from newer generation Havok or Warbringer. Considering the members range in age from 16 to 20, there’s a sophistication to their song construction and musicianship beyond youthfulness while not overstaying their welcome, the leads make sense as well and aren’t pure thousand note shred-a-thon affairs (check out “Sociopath” for Conor Daly’s melodic abilities).

Vocally Maruf has a viciousness and clarity that should pull many camps into the mix, as aspects of Tom Araya and Robb Flynn come to mind throughout the 4 songs. Closer “Treason” has a lot of that low tuned, groove stomp that matches up to a militant bark for the verses, the tempo and riffs ideal to Machine Head maniacs as the squeals and hooks should stir up pits instantly- including a massive slowdown in the second half a la Lyzanxia or the almighty Gojira. Preparing to track a full-length in the coming months, Dark After Dawn gives us an adequate taste of their wide array of power groove/thrash influences – and the future looks promising if the level of musicianship and creativity continue to remain a priority.