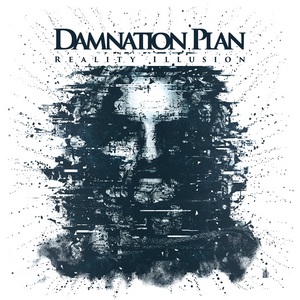 Mustering up along the same blurred progressive metal/melodic death metal lines as Mercenary, Damnation Plan have sought to sync both sides of the equation into their sound. It’s been 4 years since their debut, The Wakening, was released and the band has spent over 2 years laying the groundwork for their sophomore effort Reality Illusion. Though it may come across as a tad predictable by the end, it’s an enjoyable release for those wanting a melodeath album with more progressive, and less commercial, tones.

Covering much of the same hybrid ground that its predecessor stuck to, Damnation Plan takes heavy, melodeath riffing (a la Soilwork) and merges it with progressive/power metal elements to generate songs with both punch and elegance. Exploding out of the gate with “Beyond These Walls,” the melodeath runs strong, with thrashy riffs and screamed vocals relenting for a more melodic chorus. “Rulers of Truth” captures the same spirit (with a chunky main riff) but with more progressive tendencies as the song plays out. “Maze of Despair” further slows the tempo, and serves as a solid, midway point epic to separate the album in two. The one problem starts to rear its head after this point as well, as the structures begin to blur together, and with the album’s runtime of almost 55-minutes, the backhalf becomes a more predictable affair than it should be. Some tracks stand out on their own (ex: the title track), but it becomes a case of too much info to process in a top to bottom listen as most of the songs stick to a particular formula.

Nothing particularly wrong with Damnation Plan’s approach to progressive melodic death metal, but the serving size prevents it from having its maximum impact. Some further dynamics on their next album (or shorter runtime) could make for an absolute gem of an release. 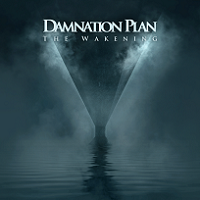