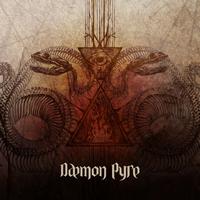 Ever wonder what happened to that specific strand of melodic death metal, you know, the one that seemingly took off from Slaughter of the Soul and The Chainheart Machine and cranked up the intensity? No silly clean vocals to dilute the formula, just heavy death/thrash like The Duskfall, Arise, and Callenish Circle used to do. If you fall into those ranks, you’d be wise to check out Daemon Pyre’s self-titled debut.

Owing much of their sound to the second/third wave of Scandinavian melodic death/thrash, these Aussies know how to bang out burly riffs with delectable melodies that are sure to stick with you for a while. “Misanthropic Parallels” contains some flat-out savage riffs throughout the song, giving it more of a death metal flavor with some pummeling groove. Then there’s more blistering cuts like “The Veil of the Martyr” that nicely counter the more melodic numbers like “The Tempest” and “Darkened Perceptions” (which features Psycroptic’s Jason Peppiatt). There’s a certain Arch Enemy-esque approach to the soloing department, with “Defeated” and “The Usurper of Hope” being particularly memorable. Most of the songs tend to linger around the 3-4 minute mark, allowing for an effective get-in, get-out scheme that avoids a bloated approach that many of their contemporaries get hung up on.

One might argue that there’s no new ground being tread here, but it’s been a while since there’s been an album of this type that has hit this hard. With the album being rounded out with a mastering job by Jens Bogren, it has all of the right factors working for it. As the band continues to evolve and generate more of their own sound into the mix, Daemon Pyre could really be a band to watch.