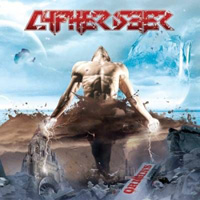 Can’t fault us Yankees for chasing down the Euro sound – it’s quite easy to do, and it lends itself to more possibilities than the standard meat and potatoes American metal front. In the case of New Jersey’s Cypherseer, chasing Europe (no, not the band) down wasn’t the hard part – it was making it work along with predominant clean vocals. We’ll never fault a band for using clean vocals in this context, but on Origins, the results are scattershot.

Utilizing the services of famed producer Frederick Nordstrom (In Flames, Dark Tranquility, Arch Enemy, etc.) was a tell-tale sign of where this one was headed, BUT the clean vocals of Zeno Rodrigo (awesome name) pushed Origins into a much different zone. Rodrigo doesn’t always sit properly on the band’s constant stream of racy melodies and pushy keyboards. And the man gets a strained and pitchy during various portions of “The Curse” and “Faith Renounced,” but that could be because there’s so much going on here.

Cypherseer’s sonic template is simply too rich to hold up a clean singer. Dominating keyboard swaths and guitar runs virtually lambaste every song here, thus causing the effect of uniformity. There’s no real distinction between most of these cuts, save for the Evergrey-like atmosphere portrayed on “Lost, Plagued, and Redefined.”

A now typical case of untapped potential, Cypherseer needs to do some refining before they can approach the works of the bands they emulate. On paper, the band is a really good idea – the melodies, the keyboards, and clean vocals all should align to make Cypherseer a North American version of Mercenary, but on Origins, they’re not quite there.