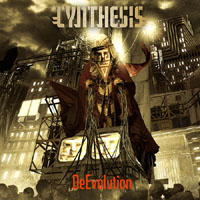 With Zero Hour on ice for the foreseeable future, the brothers Tipton (Jasun and Troy) made the wise move to re-align with original ZH singer Erik Rosvold in Cynthesis, which by all intents and purposes, is a new band, not a project. On DeEvolution, the troupe fires away on technical, yet well-composed progressive metal, oftentimes creating a dark atmospheric landscape most bands of this ilk have zero interest in partaking in. And at this hour, such tactics are welcome. Ok, enough of that.

Rosvold is front and center here, responsible for the album’s storyline of “an elite group of leaders from a heavily industrialized city who find, brainwash and then exploit an indigenous tribes’ shaman, believing he would be the perfect supreme leader.” Not only that, the man kicks out some tasty vocal melodies – just check out the chorus of “Incision” and tender, Geoff Tate-like moments during “Profits of Disaster.”

Invariably, comparisons to Zero Hour are going to be lobbed at the group, but because of the usage of atmospheric moments (see: “Shallow World,” “Twilight”), it creates a cinematic flow that fully embellishes the script. There still is the pre-requisite tech-shredding going down on the beginning moments of “Divided Day,” while Troy Tipton (bass) puts his distinguishable bass noodling on display during the groove-oriented “The Edifice Grin.”

Chief songwriter Jasun Tipton has to be pleased at where DeEvolution went, for it’s the type of progressive-without-being-progressive album that can usually work outside of the restrictive bounds of the proggy metal scene. Lots of possibilities here with Cynthesis, and this debut has a clear handle on dynamics, thus putting the much-more recognized (for the time being) Zero Hour in the rear view. 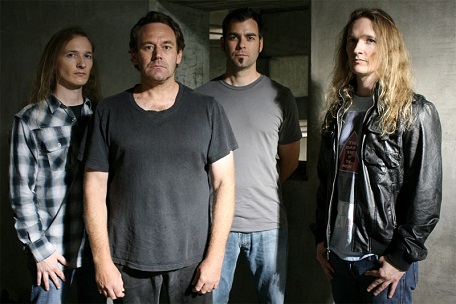 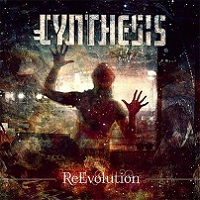