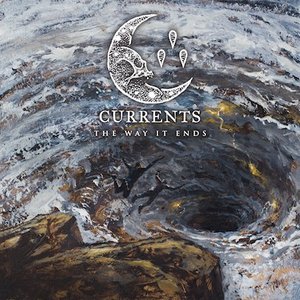 There’s something to be said for a metalcore act who is able to make the genre work for them. Perhaps it’s because they aren’t content to simply churn out the same Killswitch/All That Remains type stuff that so many peers do, but Currents have been increasingly talented in making the genre feel fresh. One big reason, as The Way it Ends demonstrates, is the way that they handle both heaviness and melody.

After a brief intro track, “A Flag to Wave” really opens things up to show the type of prowess Currents has at their feet. While the chorus is justifiably big and addictively catchy, it’s the way that they lead up to it that is important. Blastbeats, snarled vocals, and a chaotic fury builds up and allows the more melodic chorus to feel more spectacular. “Poverty of Self” carries the same notions, with Currents being willing to inject more deathly elements into the band, including a potent breakdown that doesn’t bog the band down but instead leverages an added weight for them to use. “Second Skin” carries itself somewhere in the middle, employing a strong melodic chorus but also placing in some heavier grooves and playful guitar melodies to give it a well-rounded feel. They can reach further into the more melodic and modern side too, with songs like “Origin” utilizing electronic elements in a tasteful matter, adding up some diversity while still sounding natural to the band’s sound. “Let Me Leave” is the album’s most melodic track, and where it could have turned into a melodramatic mess, it instead leaves a strong impression on the listener with its heartfelt tone.

The Way it Ends carries the spirit of metalcore within it, but it never feels bound by its constraints. Currents uses those sentiments, alongside a variety of outside influences, to create something that that can be both heavy and melodic, as well as entirely memorable. 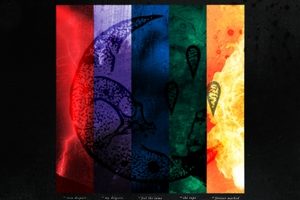