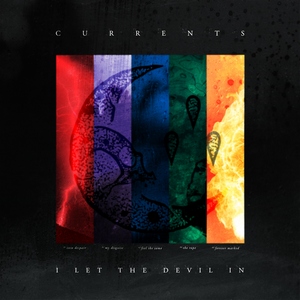 While some seem to think of metalcore being that of a bygone era, there’s still bands eager to jump into the fray. Even if the numbers are a bit lower, the tradition continues. Currents seem to have a firm grasp on this field, and I Let the Devil In manages to bring a more modern feel to the table while rooting itself in the basics of what makes the genre work.

All of the hallmarks are here and done well, even if they may become a tad predictable at times. They can bring forward the clean vocal choruses, aggressive riffing structures in the verses, and breakdowns with the best of them. But the modern edge comes from a darker, and heavier side to things, almost moving into a deathcore mid-tempo chug at times that actually works quite well in the context. The opening “Into Despair” being the hardest hitting of the bunch, introducing some of these sort of tactics right from the get-go. What also helps the band is having a sense of structure and musicianship that sits below the surface. Beneath the frequent grooves are some catchy melodies and guitarwork that pops out the more that you listen to the EP. “My Disguise” has a bounty of floaty melodies that sit perched above the thundering riffs and give the track some added contrast and depth. Lastly, the vocals also work – the harsher screams and barks are a nice counter to the cleans, of which they never become too saccharine.

Metalcore brought up to 2018 speed is what I Let the Devil In presents to the listener. It’s heavy and straight-forward, but there’s also a nuanced depth to it that many of their peers simply don’t dig into. Thus making Currents a more appealing act for those who still get a kick out of the metalcore genre. 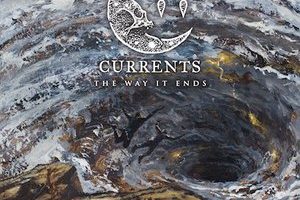