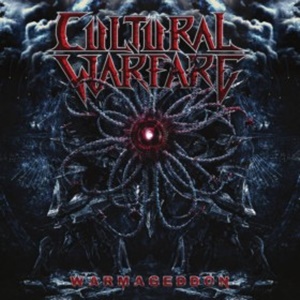 Active since 2010, California act Cultural Warfare obviously deliver some form of metal based on moniker alone – and if you would place them in the melodic power/thrash mold, you’d hit the bullseye. Previously issuing two EP’s – the last one Future Kill from 2017 garnering a deal with M-Theory Audio – the five-piece appear ready to elevate their game a bit through a twelve-track full-length playing again on the militant themes for Warmageddon. Unlike many upstarts who seek to rape and pillage Bay Area thrash catalogs from the 80’s and attempt to pass things off as their own, these gentlemen prefer to throw a bit of twin harmony twists and crunchy, headbanging riffs into the mix to bring more sophistication (and difference making ability) for the listener to hear a different set of influences from the norm.

The racing stop/ start aspects that are part and parcel of the thrash business make “G.O.D.” an instant head turner, the fingers flying up and down the fret board while the main mid-tempo rhythm along with Jacques Serrano’s piercing Warrel Dane meets Charles Rytkönen (Morgana Lefay) action riveting ears. When the band choose to go in more of a mysterious power ballad veneer for “Two Spirits” its obvious the Sanctuary and mid-period Forbidden influences come out between the intertwining clean/electric transitions, the guest duet with Clarice McCoy giving the cut a theatrical edge while the killer ramp up brings it back to thrash ecstasy. Kevin Doughty and Billy Garoutte pull out a bevy of licks and tricks that can be bluesy to straight shred during the instrumental sections of “Poltikill” and “Shadow Priest” which conjures everything from Metal Church and Testament to even Pantera in their prime. Swirling effects and narrative streams flesh out many tracks – and the only misstep to these ears lies in the magnetic, clinical snare and kick tones for drummer Bones Padilla. It’s not St. Anger bad, but it would have been nice to have more of a crisp, punchy aspect for the percussion instead of a digitized, compressed sound we have for Warmageddon.

Cut from that late 80’s thrash cloth with power musicianship as a bonus, Cultural Warfare certainly stand out of the pack. The gallops and multi-octave melodies take Warmageddon away from predictable arrangements and possibly aid the band in its quest to spread their style far and wide. 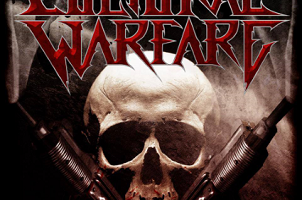