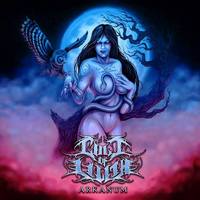 When one tends to think of Iceland, it seems the more avant-garde comes to mind (such as say, Sólstafir). But there’s a first time for everything, and though it can be hypothesized that Cult of Lilith aren’t the first death metal band from Iceland (nor the last), it doesn’t stop them from delivering some crushing material that effectively blends new with old into a brutal beast.

Seemingly steeped in just as much old school death metal as it does new school, Arkanum does scratch the itch of both factions. On the one hand, Arkanum is full of catchy and bouncy riffs, all played with full aggression and sound venomous in tone. There’s more than a passing nod towards actual “songs” being played, and the emphasis on brutality is evident. The title track revels in blastbeats and opposing, burly riffs coated with guttural roars. On the other side of the coin, the band does their best to keep the production sounding crisp and modern (though it thankfully sounds far from “pretty”) and there’s a technical edge to the material that is as sharp as it is memorable (see “Tomb of Sa’ir”). There’s never a moment that you will question the heaviness of the whole EP, as the infusion of technical melodies into tracks like “Night Hag” is done with care to ensure that the proper balance is in place.

There’s an energy about these five tracks that gives the band a fresher feel than one might accredit them. Those looking for an effective blend of old school straight-ahead brutality with a modern edge would do well to get acquainted with Cult of Lilith. Let’s see if they can maintain the energy for a full-length. 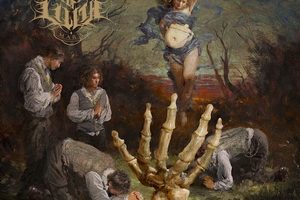