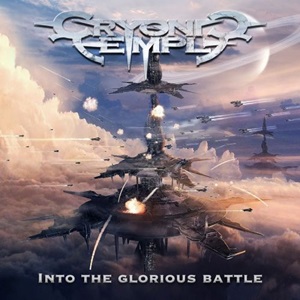 Prolific in their underground days (who makes seven demo releases in four years now?), Cryonic Temple bounced in the 2000’s between three labels with four albums, of which their second full-length Blood, Guts & Glory hit requisite power metal buttons on keywords alone as ‘steel’, ‘sword’, and ‘warriors’ appear enough one could develop a decent drinking game if necessary. Vanishing from the landscape since 2008, Into the Glorious Battle as the fifth album happens to be a first front to back conceptual effort for the group- spreading creative wings over fourteen tracks and an hour plus of material.

Uplifting guitar progressions, twin harmony runs, larger than life keyboard orchestration, elevated double bass kicks, and multi-tracked choruses meant for audience participation appear right out of the gate for the first proper song “Man of a Thousand Faces”. A union of Helloween/Gamma Ray spirit careening headlong into Pretty Maids like vocals, the record shifts between mid-tempo selections that have a Teutonic-like Priest flavoring such as “Mighty Eagle” or “Mean Streak” and arrangements filled with robust riffing and keyboard accents tailored for battle soundtrack sequences if given a pristine, early 80’s Europe polish – as “Prepare for War” and “Can’t Stop the Heat” fit this mold. Esa Ahonen and Markus Grundström are cut from an old-school cloth – galloping riffs, finger taps, and twin aesthetics all hurled about from song to song, while vocalist Mattias L. uses more of a mid-range melodic voice that doesn’t go overly falsetto to be impressive, making a moving ballad like “Heroes of the Day” a first half highlight. The 8:04 closer “Freedom” contains longer instrumental sequences, measured lead break work, and ties the storyline together in dramatic fashion as it displays emotional context in a semi-power ballad framework.

A war-oriented concept theme taken from the soldiers’ perspective, Into the Glorious Battle probably won’t gain as much traction as others in the melodic power metal realm – but there are plenty of people who still desire that unison/bard-like nature of certain bands. As such, Cryonic Temple have made a worthy comeback. 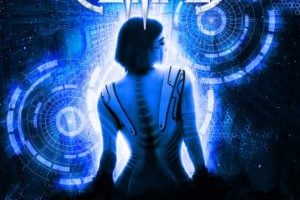