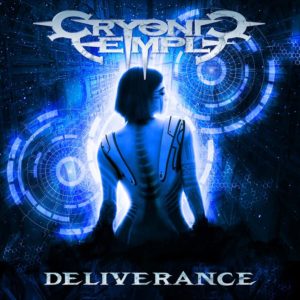 A continuation of last year’s future outer space concept record Into the Glorious Battle, it’s not surprising that Cryonic Temple return quickly to the follow-up Deliverance. Aiming to re-establish their presence in the scene after a prolonged hiatus following their fourth studio album Immortal in 2008, these power metal veterans have plenty to say. Over the course of 13 tracks (digipack owners will get a bonus cut) and hour-long odyssey the listeners will gain a dynamic understanding of the quintet and their penchant for floating between straightforward speed numbers, steady mid-tempo efforts, and the occasional ballad to keep the flow of the record diverse as well as dynamic.

Pulling from traditional metal founding fathers as well as some of the best Teutonic heroes in the power realm, the 2:33 intro “The Morning After the Longest Day” portrays a virtual cinematic aural landscape, keyboard orchestration and softer, marching drum build to a crescendo before the proper songs kick into gear. Acoustic guitars signal the start of “Rise Beyond Eternity” – an electrifying arrangement that sits in the Helloween/early Edguy mold, double bass, uplifting riffs, and a big harmonic chorus along with a spirited drum/guitar instrumental break pushing the accelerator to gain listener support. Guitar harmonies abound a la Iron Maiden for “Knights of the Sky”, another double kick first half head turner, the mid-range chorus another Teutonic-led charmer. Esa Ahonen and Markus Grundström do the heavy lifting for riffs and lead breaks, also excelling in terms of picking spots for elevated melodic taps or refrains to enhance overall song to song retention for “Starchild” and the headbanging anthem “Under Attack”. The band place the ballads “Loneliest Man in Space” and “Swansong of the Last Emperor” midway through and close to the end of the record – a wise decision and allowing singer Mattias Lilja a chance to use more of his stronger lower/mid-range melodies to convey the lyrics of war, inner/outer personal conflicts, plus the hope and love that come out of the storyline.

Deliverance probably will not put Cryonic Temple into that ‘must buy’ power category – but it’s not for lack of quality. Their niche sound isn’t overly flashy, they possess a singer who is solid but not hanging on falsetto aspects, and the themes may be tried and true to those in the sci-fi/battle world. It’s a record that’s a grower, one that will not burn people out – and as such, worth the investment. 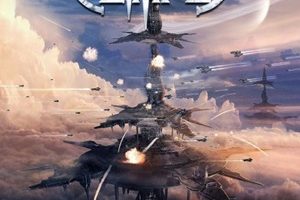