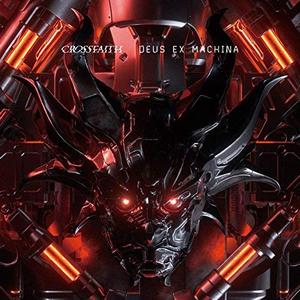 While it hasn’t really come across this scribe’s email box before, Crossfaith have been a growing act in the modern metal scene, with Ex Machina being the band’s fifth release to date. Taking the EDM/electronic and metalcore vibes and putting them into a slurry seems to be a no-brainer in terms of its high-energy effects, and one listen to “The Perfect Nightmare” seemed to hint at a band that has plenty of crossover appeal. Unfortunately, it’s also the only strong song on the release.

Listening to Ex Machina as a whole is a mixed bag of experiments gone haywire. While the impressively brutal “The Perfect Nightmare” alludes to what the band could do, with blastbeats, screams, and heavy riffs being enhanced by the EDM elements, far too often the band engages in techniques in a way that feels manufactured and cringe-inducing. It’s almost as if the band is trying to appeal to the widest possible audience, with tracks like “Destroy” and “Freedom” bringing back the rap metal flavor of nu metal at its more banal. “Make a Move” sounds near top 40-friendly with its all too sweet chorus, with danceable and video game-y synths bouncing much heavier and harder than the guitars. The hokey “Lost in Me” feels entirely generic and lacking in tone for what could have been a descent ballad – there’s no real emotion behind it. Some songs switch directions halfway through, like “Daybreak” hitting some driving modern metal/metalcore tones, but spends its last 2-minutes going through more soaring, clean vocal territory in a way that doesn’t give much connection to its opening.

Ex Mechina sounds like an album from a band that either isn’t sure what direction they want to go in, or simply want to hit as many possible audiences that they can with a soulless, manufactured product. With either angle, it results in something that feels like an entirely missed opportunity. With the movement within some modern metal towards this type of approach, the potential is there, but there needs to be much more balance in place. This is a musical trainwreck of ideas.