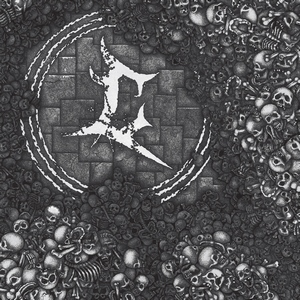 The first thing that will draw you into Crocell’s fifth release is that of the dreary and dark atmosphere. Despite not having checked out any of the band’s previous material, it is bound to leave an impression that will most likely lead you to investing some more time with the record. Which is the hook that any record needs.

Crocell fit in line with the blackened death movement for sure. There’s some hints here and there to some of the early melodeath movement, but Relics is far more assaulting. Equally drenched in both death and black (of the ‘90s Scandinavian variety), the songs have an urgency to them, in both their frantic speed pursuits and slower, grim passages. While the band does seem to prefer maintaining some intense tempos, the moments that they take it a bit more are both necessary and key to employing some melodies that keep the music afloat. Then there’s the aforementioned atmosphere. Somewhere in the mix, despite the sometimes assaulting barrage of notes and blasts, there’s a blackened whirlwind that draws you inward. Thoroughly sinister in tone, it provides an added edge that many bands of this style tend to ignore. Instead of focusing only on the speed and intensity, Relics feels more flavored and enriched. The quieter moments (see “Plague Altar”) have a sense of foreboding and eeriness, and takes it further as the music picks up speed.

Full of intensity and atmosphere, Relics gives a complete showing of what a veteran extreme metal band can accomplish. While it doesn’t ever stray too far outside the defined boundaries, there’s a clear method to their madness, and it’s one that will stay with you after the music ends.