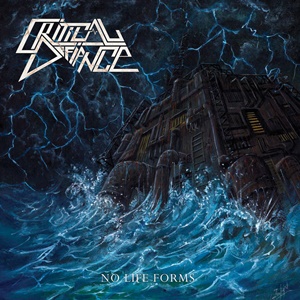 Hot on the heels of an adrenaline-oriented debut album with Misconception, Chilean thrash quintet Critical Defiance feel no need to lay off the accelerator for this second record No Life Forms. And that makes sense – why disturb a proven working model? One hopes that the conviction reigns again – clocking in at a very economical twenty-nine minutes and change, these ten tracks intertwine a love of that early to mid-80’s speedy thrash style with a propulsive, fluid bass underpinning plus some fleet of fury lead breaks that bring some divebomb mechanics and NWOBHM finesse to the table.

Most listeners will be immediately floored by the sheer ferocity and racing tempos/riffs on display – opener “A World Crumbling Apart” within it’s under two-minute timeframe featuring back and forth guitar breaks from Felipe Alvarado and Javier Salgado that dazzle in an early Metallica meets Sadus/Dark Angel manner, while the follow-up “The Last Crusaders…Bringers of Death!” entertains through the Ignacio Arévalo-driven progressive bass parts and equally vicious, rapid-fire vocals from Felipe. The galloping instrumental “Elephant” showcases crunchy triplet riffs and upward/downward shifts for transitions and tempo changes – a mid-album highlight that should get all metal maniacs smiling ear to ear. The swarming nature to these songs grabs for the jugular and rarely lets go – although there are segments where a bit of musical calmness comes into play before the next bullet train passage hits as “Kill Them With Kindness” illustrates, or the 44 second “We Were Never Here to Stay” interlude featuring drummer Rodrigo Poblete and a quieter, clean guitar part. The record ends with the title track – the longest at 5:31 that includes a stellar opening bass solo, a mid-section that rivals “Phantom of the Opera”-like theatrics at thrash paces, plus plenty of guitar/bass fireworks and interplay during the instrumental sections to wake up the dead.

Sure the vocals won’t match the stellar musicianship and tight transitions Critical Defiance are masters at – but most will find that doesn’t diminish the impact an album like No Life Forms can make in the blitzkrieg thrash movement today. Another South American delight well worth your time. 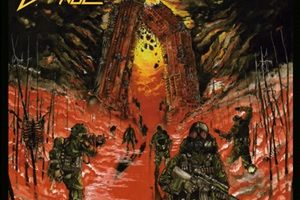