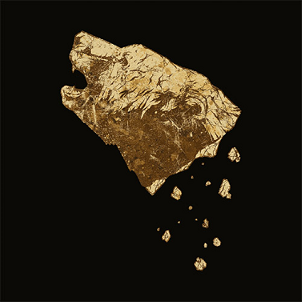 Hailed as the antidote to the “tepid dross that modern music has become,” Crippled Black Phoenix are guided by one Justin Greaves, who initially made a name for himself in the ‘90s with noise-bashers Iron Monkey. Quite the musical chameleon, Greaves did a stint on drums with Iron Monkey before launching his excellent Se Delan project. Crippled Black Phoenix, though, remains the man’s most well-known outfit, with Bronze being their first for Season of Mist, a proper home for the band’s avant-garde, progressive leanings.

Across the ten cuts that make up Bronze, Crippled Black Phoenix rarely land in one spot. Even getting the album off the ground takes some time—over six minutes after the intro “Dead Imperial Bastard” is over and done—with the hammer finally dropping on the doomy “Deviant Burials.” It’s this type of concentrated, slow-moving, patience-required approach that makes the band an elusive entity. A lot of these songs lack immediacy (“No Fun,” “Winning a Losing a Battle”), while others are far more impactful, like “Turn to Stone,” a golden, would-be classic rock jam filled with emotive solos and Greaves’ smooth clean vocal delivery.

At face value, Bronze feels like an album that reached too far only to come back with just enough. There’s an ample amount of space, nay, meandering going on, and that’s what bites Crippled Black Phoenix in the butt. Had there been less diversions and more emphasis on the rock gold of “Turn to Stone” or even closer “We are the Darkeners,” then Bronze would get full embrace. For now, it’s an album to be kept at an arm’s length.