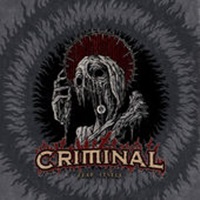 Twenty years is a long investment into a metal act – kudos to Criminal for continuing to unleash their brand of vicious crossover thrash/death on Fear Itself, their eighth studio album. Five years have passed since their last effort Akelarre – a new label and second guitarist are some of the changes present (fellow Chilean Sergio Klein who resides in Germany), but the band are spread out these days across the UK and Spain in their off-time. All the more reason to enjoy their take on the genre: an amalgamation of influences that can be spunky and hardcore while speedy and vicious in their heavy platform.

Choosing wisely to self-produce the album in bassist Dan Biggin’s studio, these 11 songs contain the right primal attitude and aggression to launch straight to the stage – this scribe loving the snare snap, natural double bass overtones, and gritty guitar/bass combinations that give “Scream of Consciousness” and the Sick of It All-oriented meets tribal “Deep in the Rot” (think Chaos A.D.) instant head banging approval. Franklin D. Roosevelt’s infamous line ‘the only thing we have to fear is…fear itself’ from his first presidential inaugural address in 1932 opens “Shock Doctrine” before another groove meets up tempo thrash volley match of an arrangement ensues. Main guitarist/ vocalist Anton Reisenegger spits out his socio-political commentary in a ripping, throaty vortex – much like a lot of his late 80’s/ early 90’s heroes from Max Cavalera, Barney Greenway, and L-G Petrov, adding an extra edge of lower terror during the mid-tempo transition for “Down Driven”.

Overall Criminal take the best meaty elements of Exodus, Carcass, and the aforementioned Sick of It All, while also adding in a lot of classic metal nuances during some of the spontaneous lead sections that spring in and out of “False Flag Attack” or the stop/start monster “Summoning the Apocalypse” to maintain an explosive record that isn’t the norm in today’s punch in, sampled, simulating, trigger happy scene. In the end, Fear Itself achieves its intended result – pounding the heads and hearts of those who desire a true to form metal record, and should be one of those albums in all post-thrash/death collections. 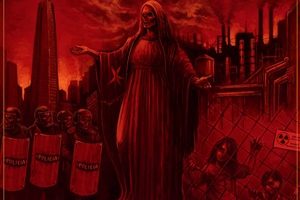