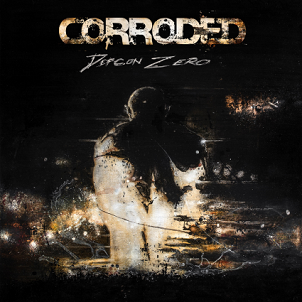 A Swedish band who, to their credit or detriment, falls somewhere between groove-laden metal and FM radio bro-rock, Corroded gained notoriety in their homeland after the Swedish version of the “Survivor” TV show (“Expedition Robinson”) picked up one of their songs. Such a boon has helped the band develop a rather sturdy fanbase in Sweden and surrounding environs, leaving us Yanks as the next logical destination. Sure enough, Defcon Zero is tailor-made for the American metal audience; you know, redneck’d tattoo dudes wearing out their copies of Far Beyond Driven while hoisting Five Finger Death Punch. That crowd.

Defcon Zero effectively peaks with opening track “Carry Me My Bones,” a quick, punchy pounder with a melodic, sing-a-along chorus that wouldn’t offend the tried-and-true metal crowd. From there, Corroded rarely shy away from an easy groove or obvious chorus, the likes of which give “Fall of a Nation” and “Day of Judgment” their teeth. The acoustic ballad “A Note to Me” is a total cliché-addled throwaway, while the disco groove of “Burn it to the Ground” and the Southern drag race boogie of “Feel Fine” reach for the bottom with trite lyrics and simple riffs.

We’ve exalted Swedish bands for so long over here that when such a band makes a play for the drek that dominates our airwaves, it’s hard to get around. As noted, Defcon Zero is Corroded’s attempt at appealing to the heavy rock mass market, littered with bros who love nothing more than a basic metallic chug to gulp (or chug) down their Budweiser’s with. Corroded is the band for you. 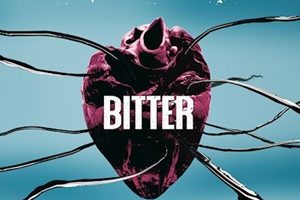