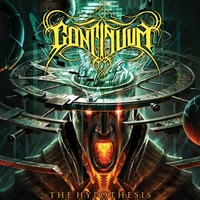 You know what 2015 has been lacking in? Standout technical death metal bands from Unique Leader. Last year we were spoiled early on with releases from The Kennedy Veil, Soreption, and Alterbeast, but 2015 has been starting with a whimper rather than a bang. But fret no longer, as Continuum’s debut, The Hypothesis (yes, based upon the mathematical quandary of the continuum hypothesis) is here to provide you with what you’ve been longing for.

When your line-up consists of members from Decrepit Birth, Deeds of Flesh, and Son of Aurelius, no one is about to question your ability to play your instruments. Continuum demonstrates they can fire off unrelenting death metal with the best of them, choosing to crank out songs that don’t overdo. Out of the 10 tracks, 8 of them do not even hit the three minute mark, so consider it a surgical strike rather than all-out warfare. The tracks are fast, energetic, and contain plenty of volatile riffing that does a great job of sticking in your head (see “Wasps in the History of the Weak” or “Perspective”).

As enjoyable as a shot of adrenaline can be, it’s the two lengthier tracks that show the band as more than a one-trick pony. The instrumental “Where the Worlds Were Left” relies more on atmosphere and standout drumming than anything else and works as a brief pause from the surrounding madness. “The Steppes to Ascension,” at 9 minutes, accounts for a good chunk of the albums run-time. Thankfully, it doesn’t disappoint. Instead of relying on frantic speed, it chooses a rather hypnotic riff that it revolves around for most of the track. It feels like going up a spiral staircase, in a good way of course, inducing the listener into a trance. One hopes they use this more in future recordings.

The Hypothesis is sure to please tech death fans. With a few interesting diversions from the usual formula, they’ve also proven they have the ability to standout in a perpetually expanding genre. 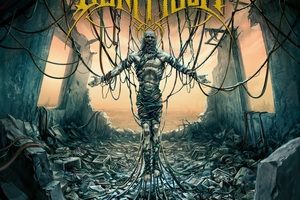 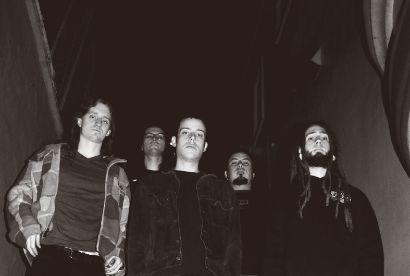