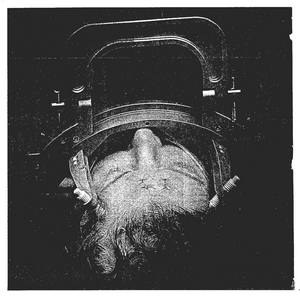 In a world that’s often chaotic and stressful, sometimes a bit of musical catharsis is necessary to lift one’s spirits after a ‘day.’ Noisy and frantic acts within the grindcore spectrum revel in this notion, provided that they can capitalize on the right aspects to keep you interested as they blitzkrieg through short, rapid-fire tracks. Concede is likemindedly full of rage and spitfire, and that makes Indoctrinate a worthy release to seek out for your adrenaline-fueled dose of energy and/or catharsis.

A combination of grindcore, hardcore, and powerviolence, Concede does not need to take a subtle approach. Especially when all but one track sits between 1 and 2-minutes in length. Get in, make some glorious noise, and get back out in one piece. That’s the name of the game on Indoctrinate, and it works. Given the fury and aggression present, don’t come looking for a lot of memorable riffs – you are here for the anger and jarring attack of riffing. The release doesn’t give you much of a chance to catch your breath on that end. Raging blasts and buzzsaw riffs are enough to send you flying, along with corrosive shouts to add that extra bit of urgency. It’s noisy, but that’s okay given the time frame, and the band does do it’s best to provide a few slower and groovier seconds here and there to allow your brain from turning into a gelatinous mass. The last track, “One With the Earth,” takes a more methodical route than the other tracks, but interestingly still keeps that same level of anger, even if it’s at a plodding pace.

Indoctrinate is an album that’s about corrosive anger and frenetic energy. Good for when you need something entirely pissed-off and raging to crank at the top of your speakers and revel in vitriol for a few moments.