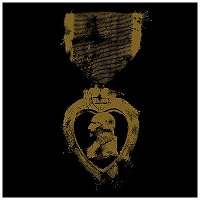 If I was asked to choose two words that completely embody the music and attitude of Complete Failure, the two top candidates would undoubtedly be “pissed” and “off”- because with a revamped line-up and a scathing new album in their arsenal, it would seem that the Pittsburgh hardcore group is furious and primed to throttle the scene’s windpipe.

CF dabbles in extreme metallic hardcore, providing plenty of spirit and atmosphere in accordance with true hardcore ethics without sacrificing the integrity of a good riff. And ultimately, it’s the sonic variety and well-composed ideas throughout The Art Gospel… that makes for a mostly worthwhile listen. Unlike many of their extreme hardcore/grindcore contemporaries, CF have found a happy medium between the classic blast-ridden, super-short song length style and a more “metal” approach to groove and diverse riffs. Points and respect are also due for the raw energy captured in this recording, and if the band is able to really capture that energy live, it will only help them to continue gaining recognition.

Long story short – if you’re an angry hardcore enthusiast, give The Art Gospel of Aggravated Assault a spin. It may not be as good as the new Nails album, but it does what it needs to, and that’s just fine.