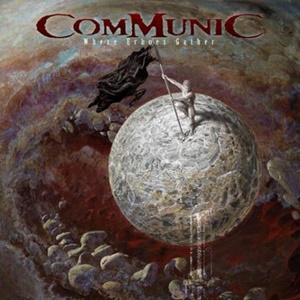 Ever wonder what happened to Norwegian act Communic following their steady release of output from 2005-2011? Releasing four albums in that time (the second Waves of Visual Decay an excellent power/progressive metal affair for this scribe), it’s been six years since the last record – an eternity in time where many metalheads move onto greener pastures. The reasons make sense: two-thirds of the group welcomed children to their personal families, and guitarist/vocalist Oddleif Stensland went into the archives to put fresh ideas with older songs never released – thus the appropriate title for their fifth record, Where Echoes Gather.

When looking at the nine songs, you’ll notice an interesting two-part theme running through a majority of the album. Which makes sense, as otherwise consumers may be leery of grasping musical thoughts that combined eclipse the 9 to 12-minute mark. Those new to Communic should understand that for a trio, the band achieve quite a forward-thinking sound – jumping about the thrash, progressive, and power genres, and often combining all these elements song to song, switching up measure to measure. Fair comparisons for the darker textures against the shape-shifting passages and ethereal clean elements come from the Nevermore and Psychotic Waltz camps – “Black Flag of Hate” and the two-part opener “The Pulse of the Earth” strong contenders for hypnotic enthusiasm and whirlwind headbanging sessions. This trio has a knack for knowing when to ride out a specific part and then switch it up to juggle those tempo/energy transfers – keeping your ears and brain on edge with anticipation for the next sequence. Drummer Tor-Atle Andersen delivers some intriguing main tempo/fill work for the title track, especially throughout “Part 1-Beneath the Giant” that would make Neil Peart and Mike Portnoy beam- the instrumental sequence a progressive metal gem. And when you feel like you need more of an atmospheric tinge to the power riffing and shifting tempos, look no further than the almost nine-minute epic “Moondance” to satiate those desires – including a shred-tastic solo and Psychotic Waltz-like vocal melodies from Oddleif.

Where Echoes Gather continues Communic on that mind-bending path that is still melodic, very heavy, but not content to be straight-line in terms of arrangements, the progressive portions making this delightful to consume on first listen and years down the line. It will be interesting now to see if the band can connect through this release not only to the ardent followers who’ve missed their presence, but also gather newcomers seeking something different in their normal metal airings. 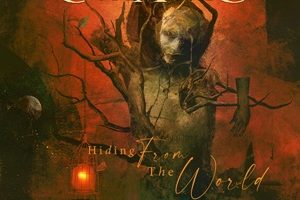