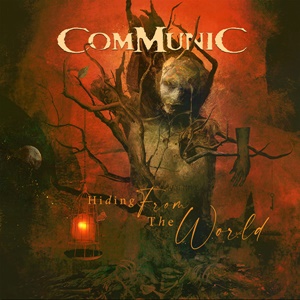 Two schools of thought these days in the heavy metal community reign supreme. One is, once establishing a formula or style, sticking to the platform and embellishing things as necessary (or as your fanbase can handle). The second is to satisfy your own creative palate as a musician, throw caution to the wind, and do what you want effort to effort, hopefully having enough followers to join in the art of discovery. Norwegian power/progressive metal act Communic seem to lean towards the first camp, although their latest album Hiding from the World throws a couple of new chinks in the armor that work well with the band’s epic, atmospheric and emotionally engaging style that they’ve developed since 2005 through the debut record Conspiracy in Mind.

The three-piece prefer entertaining longer arrangements that typically meander beyond radio-oriented timeframes – over half of these eight tracks push beyond eight-minutes, with “Born Without a Heart” clocking in at ten minutes. As such, you can expect shades of quieter acoustics or tasteful clean electric parts, bass passages that often act as a progressive counterpart to the hook at hand or form a tight groove backbone, while the drumming can be forceful and fluid, and occasionally surprising in its blast beat spots. Guitarist Oddleif Stensland as a vocalist has a multi-faceted delivery, consistently working on his lower, magnetic aspects to his warmth and depth of feelings as he does rearing back for those upper register notes or passionate screams – check out both sides of the spectrum on the title track, his riffing mirroring the calm to mid-tempo power nature of the track, embodying classic Nevermore and Psychotic Waltz. Often you can guess where certain parts and passages may go, but then Communic will turn on a dime to go from power to calm, atmospheric purity, as “My Temple of Pride” exemplifies – the jarring, thick rhythms during the instrumental sequences brilliant while drummer Tor Atle Andersen adds key double kick / fill aspects that add dynamic tension over the course of the song. Delving in doom and 70’s bluesy hard rock influences within the closer “Forgotten”, this is a record that touches on themes of legacy and what we leave behind as humans when we die – a self-exploration that naturally happens as we enter the age of 40 and beyond.

This record showcases Communic at their best – a power trio willing to encompass power, progressive, doom, and traditional traits, accent with extreme and atmospheric parts when they work, and in the end come out with an hour-long album that will enthrall listeners from the first listen through the successive ten, twenty, or hopefully more passes. 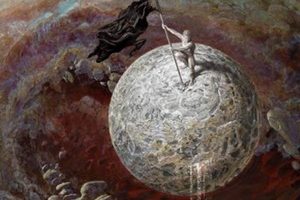