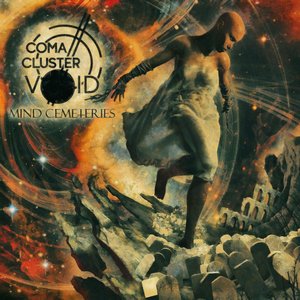 It’s often said that you have to work for the best things in life. There has to be some sort of challenge in order to reap the reward, or it lacks significance or grandeur. While it may sound like a cheesy self-esteem poster, the words ring true when listening to Coma Cluster Void’s first album, the staggering and complicated Mind Cemetaries – an album of disturbing dissonance.

Coma Cluster Void is a hard shell to crack and will take some time to let everything soak in, similar in some regards to the growing number of bands like Pyrrhon, Gorguts, and Imperial Triumphant, who prefer to assault the listener’s senses with terror as well as stimulate the mind. At times eerie and other times chaotic, at no time (even during the Interlude/Epilogue) does it seem like you can feel truly at ease. It’s the type of album that will make you wonder what is coming next, and veer off in a different direction while keeping a semblance of coherence. Case in point: “Everything is Trying to Kill Us” slithers through labyrinthine dissonance and near Meshuggah-isms, only to erupt into more chaotic rhythms and utterly abrasive vocals. The unpredictability rules supreme, and only seems to strengthen the madness and bleak atmosphere. It’s also worth noting the vocal performance of Mike DeSalvo (ex-Cryptopsy) and Austin Taylor, who succeed in elevating the intensity, regardless of tone. They are also given some assistance on a few songs from Lord Worm (ex-Cryptopsy) and Will Smith (Artificial Brain) to further round things out.

An album that will resonance with you once it initially ends, it’s also one of those albums that show off a more profound depth the more you listen to it. Mind Cemeteries is thoroughly twisted in a way that those who demand more from their music will enjoy immensely. A crushing debut indeed. 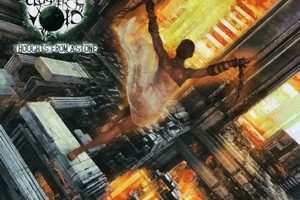