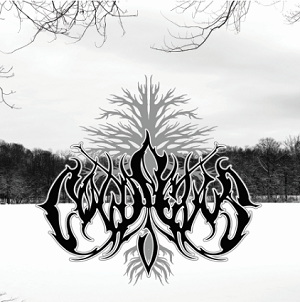 “Anguish aplenty,” in its not-so-subtle fashion, is one of the many descriptors used for Coldfells’ self-titled debut. The product of vocalist/guitarist Aaron Carey (Nechochwen, End, Infirmary), bass/drummer/backing vocalist Andrew D’Cagna (Nechochwen, Obsequiae, Unwilling Flesh) and guitarist Jonny Doyle (Plaguewielder, Horse Drawn), Coldfells are everything one could want in a dark/atmospheric metal band. The band’s self-titled, five-song debut as suggested, is a masterful plunge into darkness, a veritable haven for the thoughtful, concerted confluence of doom, black metal and epic metal. It’s almost like we could run hyperbole into the ground and get away with it…

To the trained ear, Coldfells essentially takes the rudiments of black metal and slows it down. The hazy, chord-sprung riff ideas from Carey and Doyle are often rich with ringing melodies, as found on opener “The Rope,” which also funnels the high-rung clean vocals of D’Cagna. (For a time, D’Cagna also fronted highly-underrated American melodic metal force Dofka.) The shimmering, if not simply beautiful chords that open “The Sea Inside” are second-to-none, offering up a healthy dosage of despondency, while the crawling, rung-above funeral doom mood of “All Night We Flew” springs Scandinavian melodies. Sure enough, some heightened black/death rumblings pop up on “In Time Shall Be Forgotten,” while D’Cagna carefully guides “Eons Pass” with his measured tones working in tandem with Carey’s throaty delivery.

The members of Coldfells are embedded in the Appalachian Mountains, no doubt influencing their music to be something more than the basement-dwelling or faux, hipster black metal norm. But again, Coldfells go far beyond the conventional boundaries of metal’s stylistic designations. In turn, their debut transcends sub-genres, resulting in a heartfelt and stirring outing.