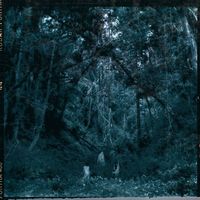 Operating under the “blackened crystal death” tag (whatever the hell that is), Japan’s Cohol are a trio, who like a lot of Far East acts, place equal importance on visuals and music. While the band isn’t quite as over-the-top as Sigh was at various point in their career, or even Chthonic, they have at least one member totally shrouded in a black hood, which makes sense – they all sometimes prefer in such a manner. It’s all part of a greater package, which on their sophomore effort Rigen, translates into an almost-there mish-mash of black/death extremity melded with the melodic atmospheres.

One would prefer to see more of the dreamy atmospheric moments in Cohol’s sound, actually. They come early and too infrequent, with only opener “Frozen” and “Infrastructure” doling out said moments. The band’s death/black combo is by no means insipid, but it can be unnecessarily uniform, like on “Chaos Ruler” and “Endless Ember,” where the dual vocal talents of Hiromasa and Itaru are almost too relentless. Then again, there’s some obvious shards of potential across Rigen’s running order, like the biting blast/tremolo run found at the beginning of “Funeral March,” or the surprisingly sludged-out portions of album closer “The End of Acute Phase.”

Apparently the band is held in such a regard that they were able to score an opening slot on one of Deafheaven’s recent Asian jaunts, so the buzz certainly is there for Cohol. Couple that with their place on Osmose’s re-emerging roster, and it’s not out of the question to think of these guys as one of the next sensations to emerge from Japan. For now, they’re not quite the finished product, as suggested by Rigen’s up-and-down nature. Hopefully that won’t be the case come the always important album #3.